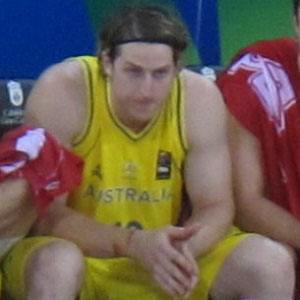 2nd round selection in the 2014 NBA Draft by the Chicago Bulls. He was drafted out of the University of New Mexico, where he was named First-team All-MWC and the MWC Tournament MVP in 2014.

Internationally, he was named to the Australian men's national basketball team for the 2014 FIBA Basketball World Cup in Spain. He was previously on the Queensland team that won the 2009 Under 20 Australian national championship.

He was the third of seven children (four brothers, two sisters) born to Ian and Penny Bairstow, a veterinarian and a school teacher. His brother Jarred played college basketball at the University of Central Oklahoma, and his sister Stephanie played at Utah State University.

He and Nikola Mirotic both joined the Chicago Bulls as rookies in 2014.

Cameron Bairstow Is A Member Of