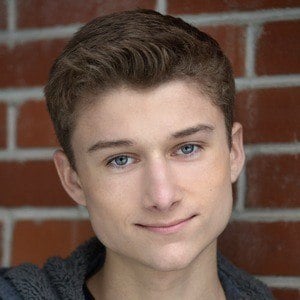 Actor and dancer seen on the television series Helix in the role of Soren. He began starring on Netflix's The Umbrella Academy in 2019. As a dancer, he is skilled in break dancing and jazz, in addition to musical theater.

His dance training began at the age of two at his family-run dance school called the Cameron School of Dance. He also trained with the Montreal Teen Tour Theater.

He has performed shows aboard a Carnival cruise ship and at Disneyland.

His mother Shena became the assistant director of the family owned Cameron School of Dance.

He was featured alongside star Billy Campbell in the Syfy series Helix.

Cameron Brodeur Is A Member Of