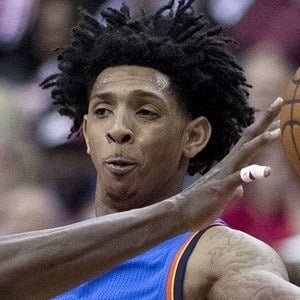 Point guard who played collegiately for Murray State for two years, earning the Ohio Valley Conference Player of the Year award in 2015. He was selected 14th overall in the 2015 NBA Draft by the Oklahoma City Thunder. In 2017, he was traded to the Chicago Bulls.

He starred at Lausanne Collegiate School before committing to Murray State.

He received the Lute Olson award, given to the best non-freshman collegiate player, in 2015.

He and D'Angelo Russell became two of the top point guards in the 2015 NBA Draft class.

Cameron Payne Is A Member Of