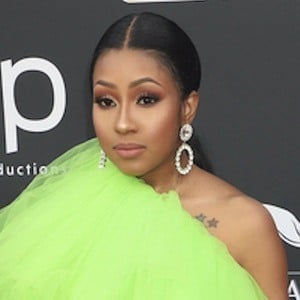 Rapper who rose to fame in Miami as part of the rap duo City Girls. She and her partner, JT, are female rappers signed with Quality Control Music. She has over 4.5 million followers on Instagram.

She met her partner, JT, in Miami when the two were teenagers.

Her real name is Caresha Brownlee. She has a brother and a sister. She and her partner, JT, used a cousin's warehouse to record their first single. She has a son named Jai and a daughter named Summer.

DJ Khaled appeared in City Girls' first video and they share a label with artists including Lil Yachty and Migos.

Yung Miami Is A Member Of