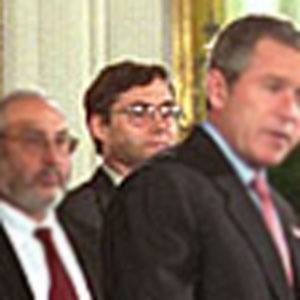 Physicist who received the 2001 Nobel Prize in Physics for the production of the first true Bose–Einstein condensate, which he developed in 1995. He was The White House's Office of Science and Technology Policy Associate Director from 2010 to 2012.

He studied at MIT and Stanford University where he received his Ph.D.

He is a member of the USA Science and Engineering Festival's Advisory Board.

He grew up in Oregon where he graduated from Corvallis High School.

He is a contemporary of fellow American physicist Michio Kaku.

Carl Wieman Is A Member Of