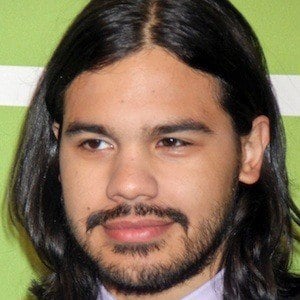 Famous for his role as Cisco Ramon on the television shows Arrow and The Flash, he is also known for his professional theater work, which includes a national tour of the musical Jersey Boys and the original Broadway production of Once.

Before beginning his career as a performer, he attended the University of Michigan's School of Music. Soon after his graduation, he was cast in stage productions of The Wedding Singer and High School Musical.

Early in his career, he performed with a theater group called StarKid Productions, creating and performing original musicals.

He was born in Colombia and raised in both Miami, Florida and Marietta, Georgia.

He's starred alongside Tom Cavanagh and Grant Gustin on The Flash.

Carlos Valdes Is A Member Of