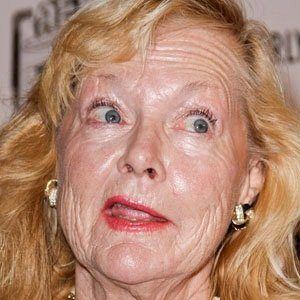 Actress and child model who became known for her roles in Blue Denim and Return to Peyton Place. She was nominated for a Golden Globe Award for Most Promising Newcomer for her role in the controversial film Blue Denim.

She worked as a model before becoming an actress and appeared on the cover of Life magazine at age 15.

She appeared in an episode of Alfred Hitchcock Presents titled 'The Young One.'

Her father was Irish and named Cyril Jones. Her mother, Frances, worked as a waitress.

She posed for Playboy, a magazine founded by Hugh Hefner, in 1965.

Carol Lynley Is A Member Of