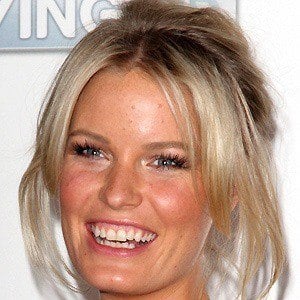 Model who has appeared in ad campaigns for Versace, Valentino, and Armani.

She was a tomboy while growing up in Solna, and when she was 15 a scout told her she should become a model.

She has appeared in ads for D&G, Tommy Hilfiger, and Neiman Marcus.

She made debuted in the 2011 film Limitless with Robert De Niro.

Caroline Winberg Is A Member Of