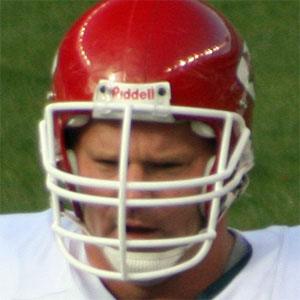 NFL center who has played for several teams but is best known for his days with the Kansas City Chiefs and Denver Broncos. In 2008, he made his first Pro Bowl during his first season with the Broncos.

He is an Iowa native who played at the University of Iowa and was originally drafted by the Indianapolis Colts in 1996.

He ended his career having started 175 consecutive games, the most among active centers at the time.

He blocked for star running back Priest Holmes in Kansas City.

Casey Wiegmann Is A Member Of