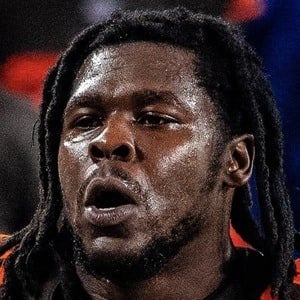 Football player who occupied the defensive end position for the University of Miami Hurricane's. He also rose to fame as a hip-hop music producer under the working alias Major Nine.

In high school he was named 2013 second-team All-USA by USA Today.

During the 2016 season he started 12 games on the defensive line.

He produced the beat for Rick Ross' song "Apple of My Eye."

Chad Thomas Is A Member Of