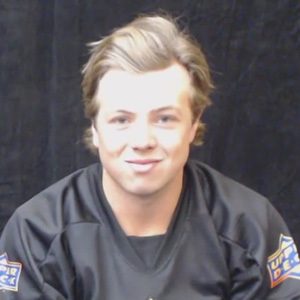 On April 12, 2017, he made his NHL debut for the Boston Bruins in their first playoff game of the season, a 2-1 victory over the Ottawa Senators. Despite having no prior NHL experience he logged the second most ice time on the team.

His parents are Charles and Jennifer McAvoy and he has an older sister Kayla and younger sisters Holly and Heather.

Zdeno Chara and Brad Marchand have also played for the Boston Bruins.

Charlie McAvoy Is A Member Of