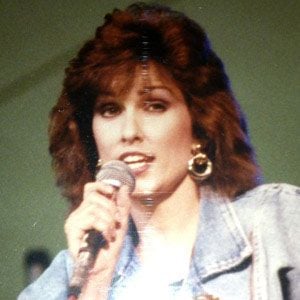 American country singer who had a number of hit songs in the 1980s including "Who's Cheatin' Who," which reached #1 on the US Billboard Hot Country Singles charts.

She started and performed in a band with her brother Mike called Charlotte & the Volunteers at the age of twelve, and they were together for six years.

Her inspiration to record music came from visiting her father in the hospital when he had tuberculosis and they had to communicate via a tape recorder.

She married singer Wayne Massey in 1984. She also has a sister named Wanda.

She sang a #1 duet with singer Mickey Gilley in 1983 called "Paradise Tonight," which led to a duet album.

Charly McClain Is A Member Of