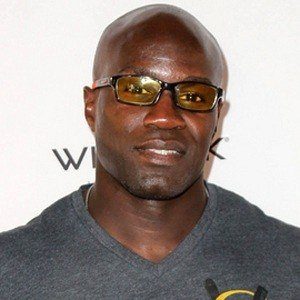 French heavyweight MMA fighter and kickboxer who is known for his career in both the UFC and Bellator MMA. He won UFC's annual Knockout of the Year award in 2011 for his performance against Pat Barry.

He began training martial arts at age 5, beginning with Kendo and Karate. He moved on to kickboxing and Muay Thai at age 16.

His mother is of Congolese descent, while his father is of Burkinabé ethnicity.

He defeated Matt Mitrione by unanimous decision at UFC 137 in October 2011.

Cheick Kongo Is A Member Of