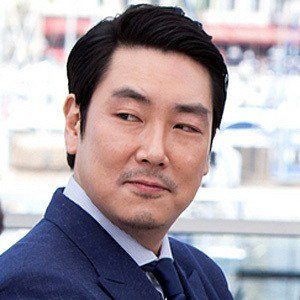 South Korean movie and television actor who is known for his roles in the Korean version of Entourage, Signal and The Full Sun.

One of his earliest roles came in 2004 when he appeared in Once Upon a Time in High School.

He shares the screen with Seo Kang-joon in Entourage.

Cho Jin-woong Is A Member Of