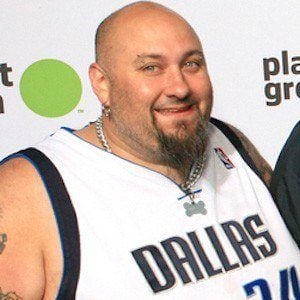 Guitarist best known as a member of the American rock band Bowling for Soup alongside Jaret Reddick, Erik Chandler, and Gary Wiseman. The band is renowned for singles like "Girl All the Band Guys Want" and "1985."

He met Bowling for Soup frontman Jaret Reddick in high school in 1986. His family owned a coffeehouse called The Refuge where he would play with his first band, The Persecuted. It was there the pair met the rest of the members of Bowling for Soup.

Bowling for Soup has performed theme songs for children's shows and movies like Jimmy Neutron, Max Keebles Big Move, and Phineas and Ferb.

Originally from Wichita County, he later lived in Denton, Texas.

Chris Burney Is A Member Of