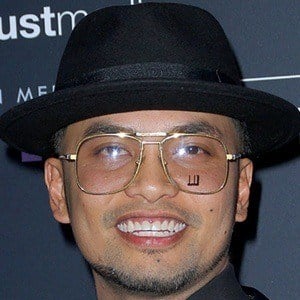 Filipino-American dancer who found fame as a member of the hip-hop dance crew JabbawockeeZ as well as the supergroup Super Cr3w. With those teams, he was crowned the winner of both the first and second seasons of America's Best Dance Crew.

He grew up in Las Vegas, Nevada and San Diego, California. He began his dancing career after moving to Los Angeles.

His mother and father are both from the Philippines.

He performed alongside Kid Rainen as a member of JabbawockeeZ.

Chris Gatdula Is A Member Of