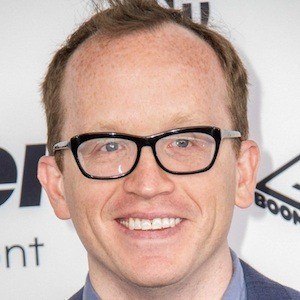 New York natives may know him from his public-access show The Chris Gethard Show, but on a national level he has appeared on Late Night with Conan O'Brien, Hope and Faith, Crossballs, and Big Lake.

He worked as an editorial assistant for Weird NJ and Weird US and also as an improv actor at the Upright Citizens Brigade in Manhattan.

He earned a recurring role on the comedy central series Broad City in 2014.

He appeared in a 2011 episode of Bored to Death as Super Ray Fan. The series starred Jason Schwartzman as an unlicensed private detective.

Chris Gethard Is A Member Of