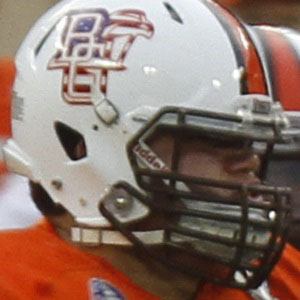 300 pound defensive tackle who was a solid rookie contributor for the Patriots after being released by the Texans, who selected him in the sixth round of the 2013 NFL draft.

He was the Mac Defensive Player of the Year with 12.5 sacks his senior season at Bowling Green State University.

He finished the 2013 season with the second most sacks amongst NFL rookies.

His mother's name is Beth Jones.

He tackled Andy Dalton behind the line of scrimmage for his first career sack on October 6, 2013.