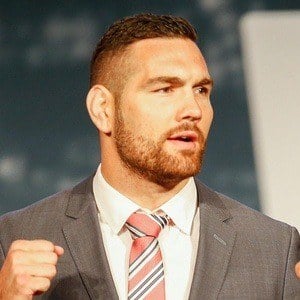 MMA fighter who became the UFC Middleweight Champion on July 6, 2013.

He was a two-time NCAA All-American before graduating with a degree in Psychology from Hofstra University.

He grew up the middle child of three siblings in Baldwin, New York. He has two children with his wife Marivi Weidman.

He became the first man to knock out UFC champion Anderson Silva in an MMA fight.

Chris Weidman Is A Member Of