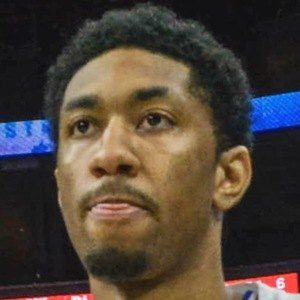 6'11" forward/center who played college basketball for UNLV from 2013 to 2015. He declared for the 2015 NBA Draft after his sophomore season and was projected as an early second round pick.

He began his high school basketball career at Knight High School in Palmdale, California. He spent his senior year at Findlay College Prep in Henderson, Nevada.

He was born in Long Beach, California.

Christian Wood Is A Member Of