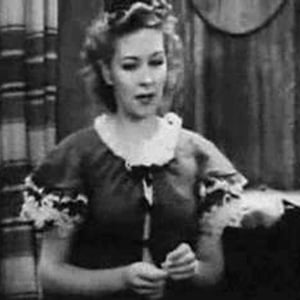 Blonde-haired actress who is remembered for being featured on the Three Stooges in the 1930s and '40s.

She graduated with a degree in music from the Chicago Musical College in 1933.

She had feature film roles in Land of the Lawless, Valley of Fear, and Gasoline Alley.

She co-starred in her final Three Stooges short Of Clash and Hash with Shemp Howard in 1955.

Christine McIntyre Is A Member Of