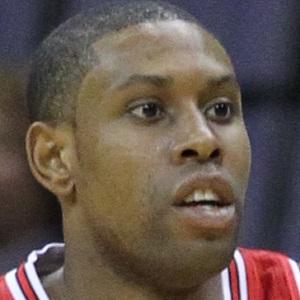 NBA point guard who began his career with the Golden State Warriors in 2008.

He was undrafted after playing collegiate basketball for the University of Tennessee for four seasons.

He played professional basketball in Italy and Greece before entering the NBA.

He was raised with two siblings, Kashif and Vonyetta. He had his first child, a daughter named Ayanna, on October 5, 2007.

CJ Watson Is A Member Of