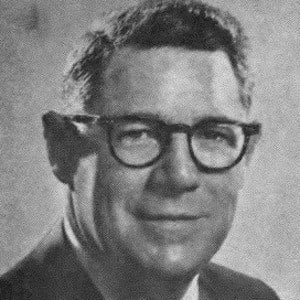 Minnesota Republican who had the unenviable job of orchestrating Richard Nixons 1972 re-election campaign after Watergate.

He replaced Nixon's former attorney general, who resigned a month after Watergate, as the head of the re-election committee.

His sterling record, among swirling accusations of Nixon loyalists, helped him to propel Richard Nixon to a landslide victory over opponent George McGovern.

He was born in Minneapolis, Minnesota, his father a lawyer and mother a teacher.

In 1970 he ran against, and lost to, Hubert Humphrey in an election for a vacated Senate seat.

Clark Macgregor Is A Member Of