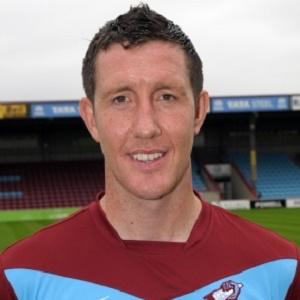 Defender who made his senior career debut in 1999 for Sunderland. He was a member of Scunthorpe United from 2002 to 2012.

He played for Ireland's U19 team.

He spent two years with Oldham Athletic before joining Derry City in 2014.

Hy married Sandra Byrne, and has a son with her.

He began his career at Sunderland, which gained popularity after his departure, when Gus Poyet became the manager.

Cliff Byrne Is A Member Of