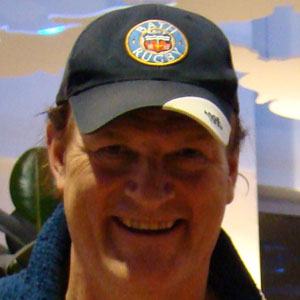 Though he is most famous for his role as Dr. Mike Barrett on the BBC medical drama Casualty and its spin-off series, Holby City, this British actor also notably played Little John on the ITV series Robin of Sherwood.

After training at London's famous Royal Academy of Dramatic Art (RADA) and performing in numerous productions at the English National Youth Theatre, he received a 1984 Olivier Award nomination for his starring role in a stage production of Of Mice and Men.

He appeared as Lord Greatjon Umber in the popular HBO fantasy series Game of Thrones.

His cousin John Hallam also had a successful acting career.

Clive Mantle Is A Member Of