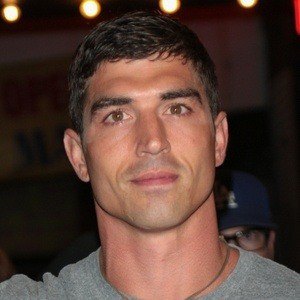 Houseguest on the 19th season of the American version of Big Brother who went on to compete on The Amazing Race. He was employed as a construction sales representative prior to his time on reality TV.

He served in the Marine Corps for between 2008 and 2012 and was twice deployed. He was honored with campaign medals, two National Defense Service Medals, a Global War on Terrorism Service Medal and a Good Conduct Medal.

His favorite hobby became surfing. He did the activity for the first time while stationed in North Carolina.

Christmas Abbott joined him as a houseguest on the 19th season of Big Brother.

Cody Nickson Is A Member Of