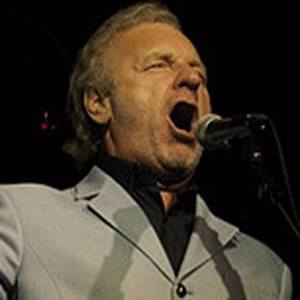 Tenor and actor who originated the role of Jean Valjean in Les Miserables on the West End and on Broadway, as well as the titular character in The Phantom of the Opera.

He was born one of ten children to parents who were skilled musicians, and he quit the family contracting business while he was a teenager to become a professional musician.

He released a solo album in 2010 titled Broadway and Beyond: The Concert Songs. This album followed 2002's Some of My Best Friends Are Songs, on which he and his son covered the Cat Stevens song Father and Son.

He married his wife, Deirdre, in 1970 and the couple had four children: Aaron, Judith, Sarah, and Simon.

He collaborated more than once with Andrew Lloyd Webber, including his role as the Phantom in the Sydmonton workshop production of The Phantom of the Opera in 1985.

Colm Wilkinson Is A Member Of