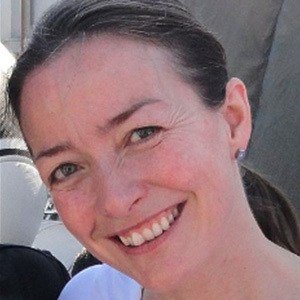 Chilean journalist and reporter who is best recognized for having conducted several programs on the TVN network including 24 Horas Central and Medianoche. She is also known for having hosted the Canal 24 Horas program Mejor Hablar de Ciertas Cosas.

After attending the Pontificia Universidad Catolica de Chile, Harvard University, and the University of Cambridge, she started her career as a reporter in 1991 when she appeared on the TVN program Jan TV as a journalist. She gained further attention when she started hosting the Medianoche program in 1998.

She is known for having been selected for the Neiman Foundation's grant which allowed her to study for two semesters at Harvard University. She is also known for having won the UAI Award for Best Television Presenter in 2012.

She married economist Andrés Velasco in 2003. She has three children named Rosa, Ema, and Gaspar.

She is known for having hosted the TVN program Puro Chile, Pura Energia alongside Felipe Camiroaga in 2010.

Consuelo Saavedra Is A Member Of