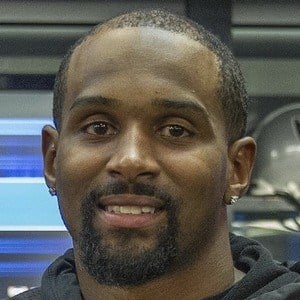 Professional football wide receiver who is known for his time with the NFL's Carolina Panthers. He was a member of the 2015 team that won the NFC Championship and played in the Super Bowl.

He played his college football at Ohio State University from 2010 through 2013. He attended on a full athletic scholarship, and studied criminology.

He was signed as an undrafted free agent following the 2014 NFL Draft by the Panthers. He recorded his first receiving touchdown of his NFL career in November 2014.

His punt return for a touchdown in October 2014 was the Panthers' first since Steve Smith's in 2003.

Corey Brown Is A Member Of