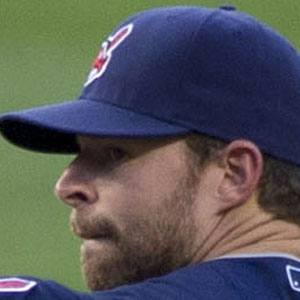 MLB pitcher who won the American League Cy Young Award with the Cleveland Indians in both 2014 and 2017. He helped the Indians reach the 2016 World Series where they were defeated by the Chicago Cubs in seven games.

He played college baseball at Stetson University. His junior year, he went 12-2 with a 2.05 ERA and he was named Atlantic Sun Conference Pitcher of the Year.

He was a fourth round pick of the San Diego Padres in 2007. He was traded in a three-team deal to the Indians in July 2010. He debuted with the Indians in 2011 and became a regular in the team's rotation in 2012.

Corey Kluber Is A Member Of