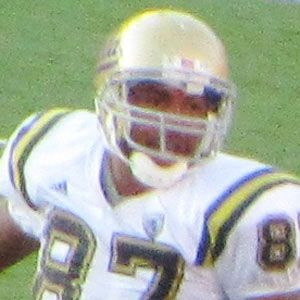 National Football League tight end for the St. Louis Rams. At the end of his career at the University of California-Los Angeles, he remained un-drafted; however, he was later promoted from the Rams' practice squad.

During his basketball career at Chino Hills High School, he attracted UCLA and other Pac-12 schools.

During his last season at UCLA, he earned the Kenneth S. Washington Award for Outstanding Senior of the Year and the Jerry Long Heart Award.

He received a two-yard touchdown pass from Sam Bradford on October 13, 2013.

Cory Harkey Is A Member Of