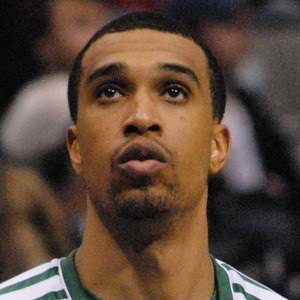 NBA shooting guard who was signed by the Boston Celtics in 2012 after being drafted 22nd overall by the Orlando Magic in 2008.

He was named the Sun Belt Conference Player of the year during his senior season at Western Kentucky University.

He had one of his best NBA seasons in 2010, when he started 66 games and averaged 12.5 points per game for the New Jersey Nets.

He was raised with one brother, Anthony Jr Lee.

He was teammates with Kevin Garnett on the Boston Celtics.

Courtney Lee Is A Member Of