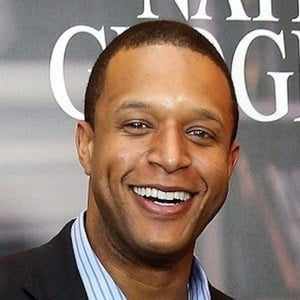 News anchor who has worked for NBC News and MSNBC as an anchor and news correspondent. He has over 260,000 followers on his craigmelvinnbc Instagram account.

He anchored MSNBC's coverage for the Republican and Democratic National conventions in 2012.

He covered Asiana Airlines 214 crash and George Zimmerman trial in 2013.

He married Lindsay Czarniak in 2011. They have a son name Delano and a daughter named Sibby together.

He and Jodi Applegate have both worked as news anchors for MSNBC.

Craig Melvin Is A Member Of