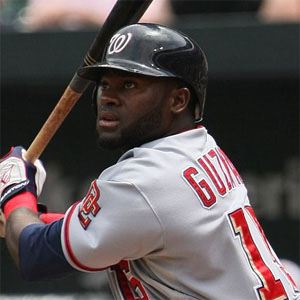 Speedy shortstop who was an All-Star with the Minnesota Twins and Washington Nationals and led the league in triples three seasons.

The New York Yankees signed him as an amateur free agent in 1994.

He was predominantly a shortstop but played more second base later in his career.

He has three children: Crisangelie, Cristian Jr., and Cris Anthony.

Gold Glove first baseman Doug Mientkiewicz was his teammate on the Twins.

Cristian Guzman Is A Member Of