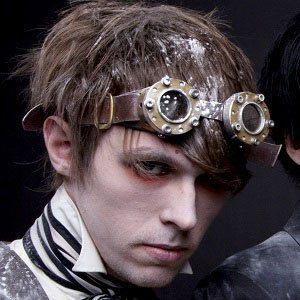 Lead guitarist theatrical alternative rock band Fearless Vampire Killers who released a debut album called Militia of the Lost. They disbanded in 2016 after nearly a decade together.

He is a founding member of the band along with Laurence Beveridge, Kier Kemp and former drummer Luke Fairhead. They formed in 2007 under the name Remember When.

He produces all of FVK's artwork and merchandise designs. He was a songwriter on the FVK songs "Don Teriesto" and "The Mechanist: Handlung (Stargazer)."

His real name is Shane Sumner. He and the band originate out of Beccles, England.

He shares a birthday with former bandmate and bassist Drew Woolnough.

Cyrus Barrone Is A Member Of