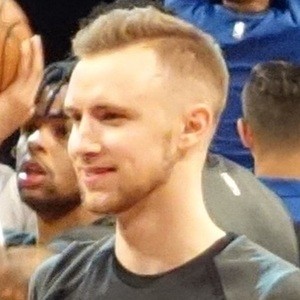 Small forward who won three consecutive Croatian League and Croatian Cup titles with Cedevita Zagreb from 2016 to 2018. He was later selected by the Brooklyn Nets with the 29th pick in the 2018 NBA Draft.

He was a soccer player before making his junior basketball debut with KK Bosna XXL at age 8.

He was named the ABA League Top Prospect as well as to the All-ABA League Team for the 2017-18 season.

He is the second child born to Rusmir and Saudina Musa.

He joined a Nets squad coached by Kenny Atkinson in 2018.

Džanan Musa Is A Member Of