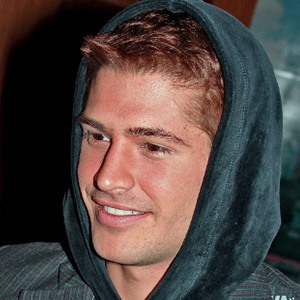 Brazilian actor and singer who is best recognized for his work in television. He is known for having landed recurring roles in several series' including as Joao Pedro Ascanio in Cristal in 2006 and as Bentinho in the 2003 series A Casa das Sete Mulheres.

He first started his career in television in 2001 when he landed the role of Robson Silveira Sampaio in Malhacao. His feature film debut was in 2005 when he starred in Gaijin - Ama-me Como Sou.

He is also known for his singing career and released his first album Dado pra Voce in 2003 and followed it up with the 2004 successful album Mais do Mesmo.

He was born and raised in Rio de Janeiro, Brazil and is the son of fellow actors Carlos Eduardo Dolabella and Pepita Rodrigues.

He starred alongside Danielle Winits and Rafael Vitti in the 1995 television series Malhacao.

Dado Dolabella Is A Member Of