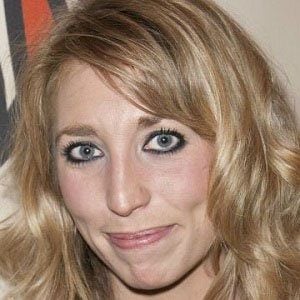 Known for her roles in a number of British television shows, including the situation comedy Green Wing; the sketch comedy program Man Stroke Woman; and the series The Persuasionists, this English actress also had a stage career, starring in productions at the Almeida Theatre and the Royal National Theatre (both in London).

At the age of eighteen, she appeared in an episode of the ITV series Ruth Rendell Mysteries. She went on to train at the London Academy of Music and Dramatic Art (LAMDA).

She was born in London to Anna Slovsky and cinematic director Piers Haggard.

She and Rose Byrne both acted in the 2013 comedy movie I Give It a Year.

Daisy Haggard Is A Member Of