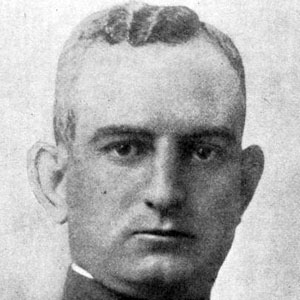 This United States Army Air Service dirigible aviator died after the Roma, an aircraft he was test piloting, crashed in eastern Virginia in 1922. Thirty-three other people also perished in the incident, which was, at the time, the worst disaster in the history of American aviation.

Before becoming a dirigible and test pilot, he fought in World War I.

The municipal airport in his hometown of Tallahassee, Florida is named in his honor, as is a highway in Tampa, Florida.

He and his brother were born to Ella Bramlett and Florida Supreme Court Justice Milton Mabry.

He and fellow pilot Bert Hinkler both died in plane crashes.

Dale Mabry Is A Member Of