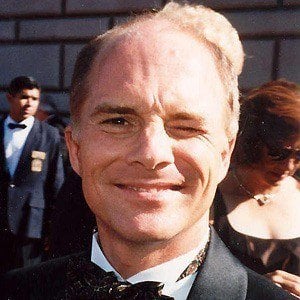 He portrayed the role of Bob Briscoe on Frasier with David Hyde Pierce. He played NASA Flight Director Eugene Kranz in From the Earth to the Moon in 1998.

He studied drama at Indiana University.

He played the role of Roden in The Silence of the Lambs with Jodie Foster.

He appeared in the film Crazy, Stupid, Love with Steve Carell.