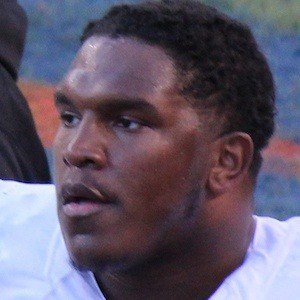 NFL nose tackle who debuted in 2010 for the Arizona Cardinals.

He was a first team All-SEC selection in 2009 while at Tennessee.

He was the 26th overall selection in the first round of the 2010 NFL Draft.

His father tragically died in 2013 on the way to see one of his games.

He and fellow defensive lineman Ndamukong Suh were both first round selections in the 2010 NFL Draft.

Dan Williams Is A Member Of