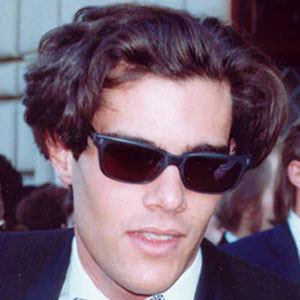 He was born in San Diego, CA.

He had a recurring role on Dawson's Creek as Rich Rinaldi.

He is the brother of Star Trek actress Daphne Ashbrook.

He worked with actor Ray Wise on Twin Peaks, and in the film The Aggression Scale.

Dana Ashbrook Is A Member Of