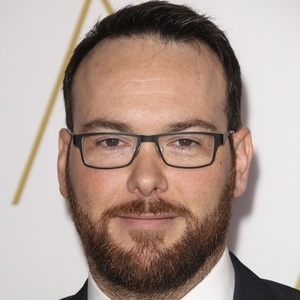 Executive producer, entrepreneur, co-founder and Chief Content Officer of the company Cavalry Media. He is best known for his work as a producer on the Academy Award nominated feature films The Social Network and Captain Phillips.

He joined the Coast Guard in 1992. He then started working for a digital wireless network when he met Kevin Spacey. He was quickly hired as his executive assistant, leading him to work on feature films such as American Beauty and The Shipping News. He then gained further attention in January of 2016 when he became President of Relativity Studios.

He has been nominated for several Primetime Emmy awards including in 2008 for his work on Bernard and Doris and again from 2013 until 217 for his work on House of Cards.

He was born and raised in Clifton Forge, Virginia and married House of Bijan owner and attorney Alexandra Pakzad. Together they had a daughter named Estela who was born in 2012.

He created a short film competition through his Trigger Street company and Jameson Irish Whiskey which helped rising film makers and created collaborations with stars such as Uma Thurman, Maggie Gyllenhaal, Willem Dafoe, and Adrien Brody.

Dana Brunetti Is A Member Of