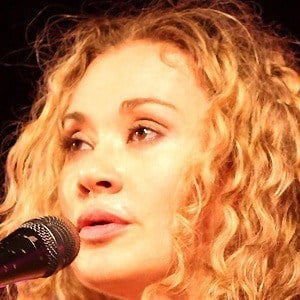 Singer-songwriter and actress who played Sadie in the film Across the Universe alongside Evan Rachel Wood.

She released the album Lonely For A Lifetime in 2003 with her band.

She portrayed the role of Janis Joplin in the musical production of Love, Janis.

She joined a gospel choir when she was twelve while she lived in Florida.

She has toured with Etta James.

Dana Fuchs Is A Member Of