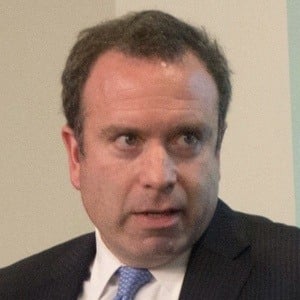 Zealous columnist whose prolific career for The New Republic, The Wall Street Journal, and other publications made him a controversial figure.

He was a Yale University student; while he was there, he belonged to Trumbull College, the Progressive Party of the Yale Political Union, and the infamous Skull and Bones secret society.

His writing, especially his books Smash Mouth: Two Years in the Gutter with Al Gore and George W. Bush--Notes from the 2000 Campaign Trail and Tears of a Clown: Glenn Beck and the Tea Bagging of America, offered candid appraisals of influential figures on the nation's political scene.

He was not liked by the George W. Bush White House, to the point that Karl Rove demanded that The Washington Post, his employer, not put him on the White House beat.

Dana Milbank Is A Member Of