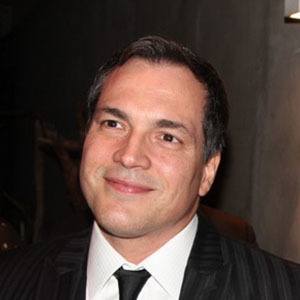 Brazilian actor best known for his many roles on stage in musicals. He launched himself as a singer in 2009 with the album "Songs 4 U".

He was a part of two bands in high school - Hours Vacant and The Touches. Theatre director Fernando Guerreiro saw one of the bands perform, and invited him to be in his production of Zás Trás.

He has held the principle role in musicals like Peter Pan, My Fair Lady, Evita and Chicago.

He has performed alongside greats like Maria Rita and Hebe Camargo.

Daniel Boaventura Is A Member Of