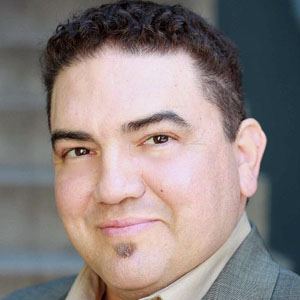 Best known for playing the role of Mr. Escobar on the popular Disney Channel series Lizzie McGuire, this television actor also appeared in episodes of NYPD Blue, Charmed and Malcolm in the Middle.

He received his Bachelor of Fine Arts degree from Southern Methodist University in Dallas, Texas, and went on to study and perform at the Folger Shakespeare Theatre in Washington, D.C.

He earned a 2008 Helen Hayes Award for his performance in She Stoops to Comedy at the Woolly Mammoth Theater Company in Washington, D.C.

He died at the age of forty-nine in Los Angeles, California, from diabetes complications and was survived by his sisters Andrea and Eunice, and by his mother, Hilda.

Daniel Escobar Is A Member Of