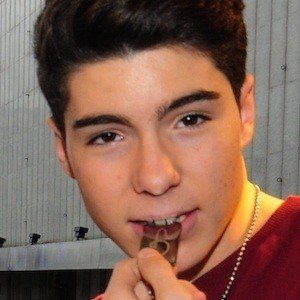 Famous as a member of the Gemeliers music duo, this Spanish pop singer rose to fame while competing on the 2014 season of La Voz Kids España.

He and the Gemeliers released their first album, Lo Mejor Esta por Venir, in 2014.

He also had appeared on a Canal Sur television program.

He and his twin brother and fellow Gemeliers member, Jesus Oviedo, spent their early years in Seville, Spain.

He is a contemporary of fellow Spanish pop singer Abraham Mateo.

Daniel Oviedo Is A Member Of