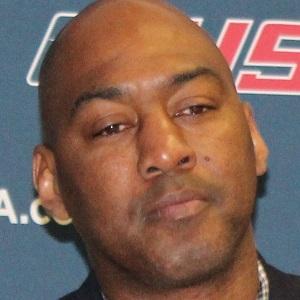 Former NBA power forward best remembered for his time with the Los Angeles Clippers from 1988 to 1994. He became the head coach of Tulsa University's basketball team in 2012.

He won the Naismith College Player of the Year Award at the University of Kansas before being selected first overall in the 1988 NBA Draft by the Clippers.

He was a 2-time NBA All-Star and the 1998 Sixth Man of the Year in his 15-season professional career.

He earned the prestigious John Wooden Award in 1988.

Danny Manning Is A Member Of