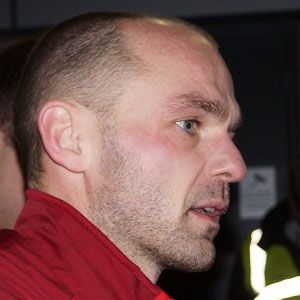 Central midfielder who played in the Premier League for such teams as Liverpool, Charlton Athletic, Tottenham Hotspur, and Fulham. He also played for the England national team, scoring an international goal in a 2002 match against Paraguay.

He played his youth career on the Crewe Alexandra F.C.'s training squad and went on to play for England's Under-18, Under-20, and Under-21 football (soccer) teams.

After retiring as a professional athlete, he became a commentator on the BBC's Match of the Day sports program.

His marriage to actress and model Joanna Taylor produced a daughter named Mya. He also has a son from an earlier relationship.

While playing for Tottenham, he overcame Newcastle United goalkeeper Shay Given to score a goal. Because the ball hit another Newcastle player in the face, however, referees decided months later that Murphy would not be given credit for the play.

Danny Murphy Is A Member Of